The revival of the Nokia brand by Finnish company HMD Global has been a runaway success up to this point. All recent models run pure versions of Android (One or Go) and offer great value for money — a real boost to the budget and mid-range smartphone market especially. At an event today in Moscow, HMD announced updated versions for three of its best-selling products. The new Nokia 2, 3, and 5 share the same DNA as their predecessors but include a range of improvements to make them even more enticing, while maintaining Nokia’s “pure, secure, and up-to-date” promise.

The new Nokia 2 seems like an incremental update at first glance, but there are some significant changes and improvements — most notably, the OS. The Nokia 2.1, like the Nokia 1, is now an Android Go phone. Running Google’s lightweight Android build tailored for phones with low memory and storage should make for better performance and more usable space than its predecessor. 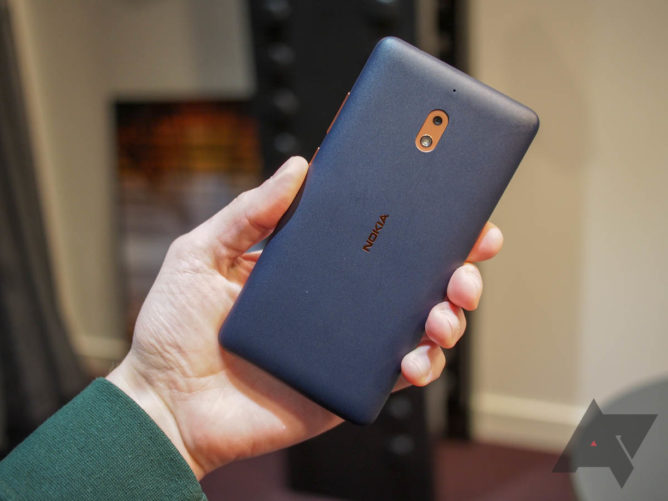 Consumers clearly want larger screens, even at the low-cost end, and that’s what HMD gives them here. The display has been increased by 20% to 5.5″, although it’s still a 720p (16:9) panel. Entertainment is also likely to be improved somewhat by the stereo speakers. The cameras remain the same, as does the 1GB RAM/8GB ROM configuration that should certainly benefit from Android Go. 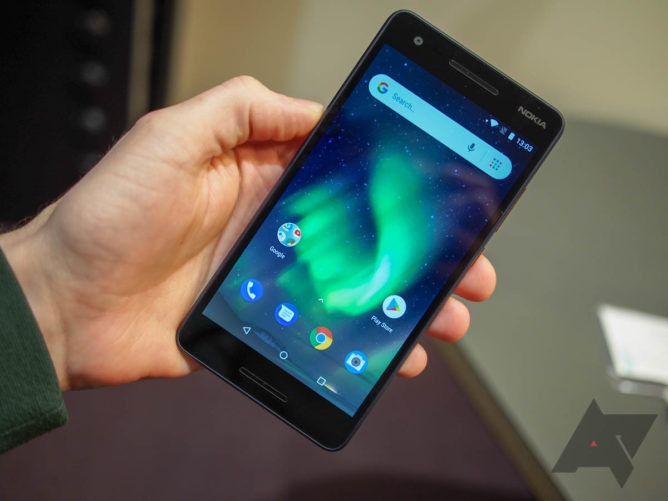 The battery on the Nokia 2.1 is marginally smaller than the 4,100mAh cell on the previous model, but it’s still huge compared to most phones, so HMD is promising 2-day battery life once again. The 400-series Qualcomm Snapdragon processor (up from 200 last time) apparently equates to around 50% more processing power, so this phone should be a better performer overall.

Four colors will be available when the Nokia 2 launches in July (Blue, Copper/Blue, Silver/Grey, Silver), each looking more interesting than you’d expect for a phone costing just $115. That price is just a global average, and we can expect the Nokia 2 to go on sale in emerging markets first. 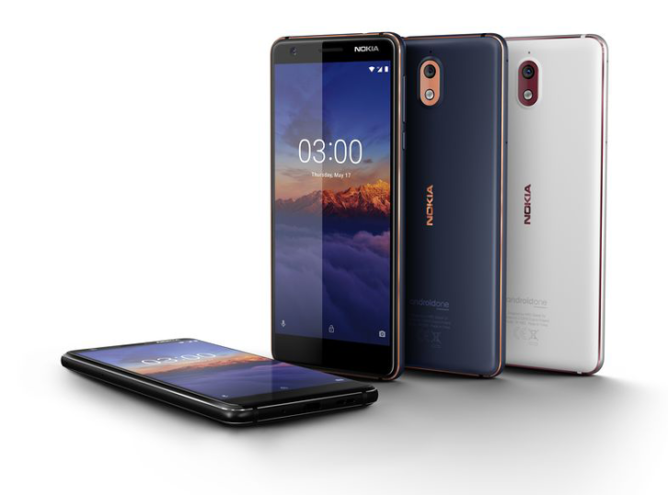 The new Nokia 3 builds on the proposition of the original by offering a premium metal chassis with budget internals. The back may be polycarbonate, but the 2.5D curved gorilla glass on the front gives this a look beyond its price tag. It features a MediaTek 6750 processor, alongside either 2 or 3GB of RAM and 16 or 32GB of storage, but it should still offer decent performance — 30% better than its predecessor according to HMD. 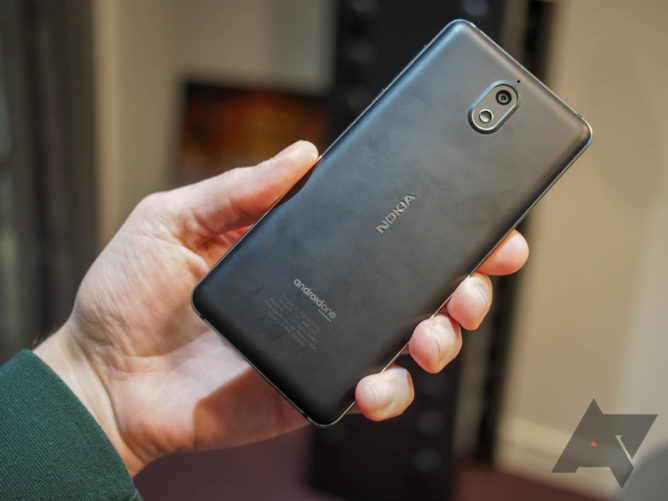 Great battery life is an important aspect of all phones made by HMD, and an increased capacity to 2,990mAh should ensure the Nokia 3.1 is no different. The screen sees a modest increase to 5.2″, but it also moves to an 18:9 ratio while maintaining the HD resolution. There’s a slight bump in spec for the rear camera, although once again the front camera is unchanged. 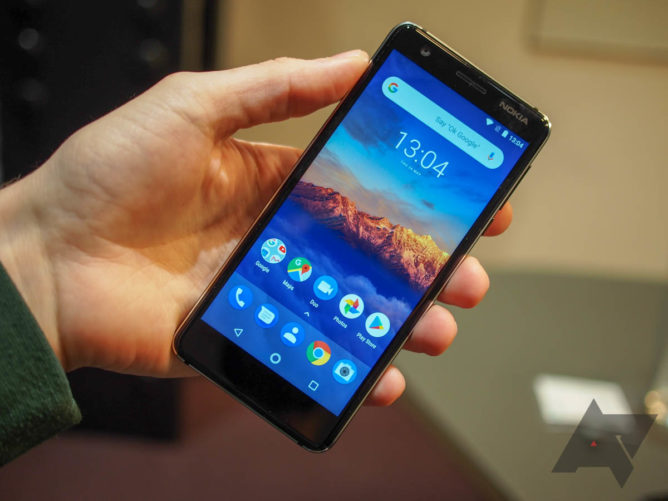 Like the Nokia 2.1, the 3.1 also sticks with Micro USB for charging, although that’s unsurprising given the target market. It will go on sale sometime next month, costing €139 for the 2/16GB model or €169 for the 3/32GB variant. The more expensive version should also be on the Android Enterprise recommended list. 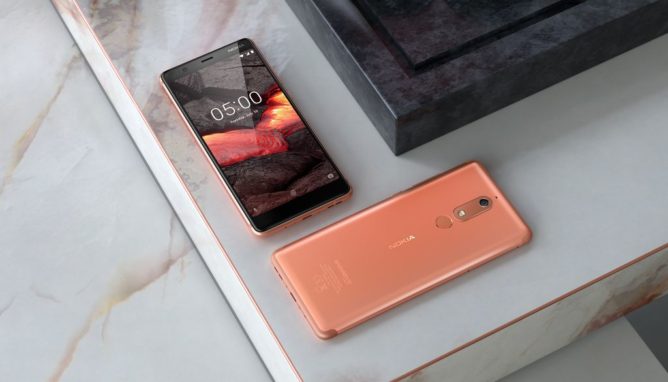 If the Nokia 3.1 delivers premium looks at an affordable price, the Nokia 5.1 takes it one step further. The full metal body is machined from a single block of 6000 series aluminum. Nokia’s minimalist design aesthetic is as plain as ever, and this phone also looks better for having the fingerprint scanner on the back this time around. 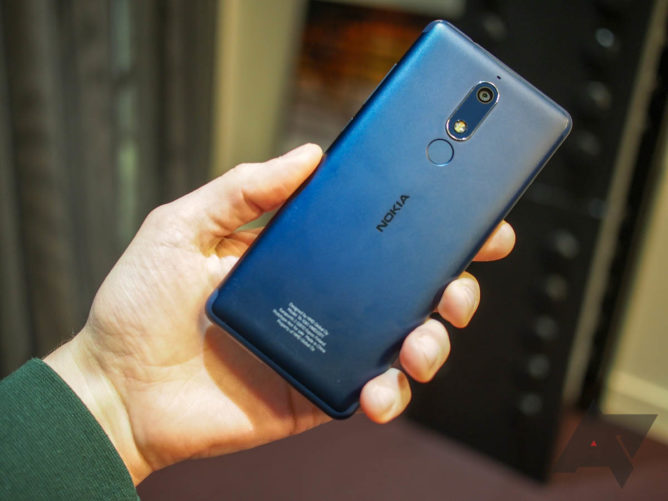 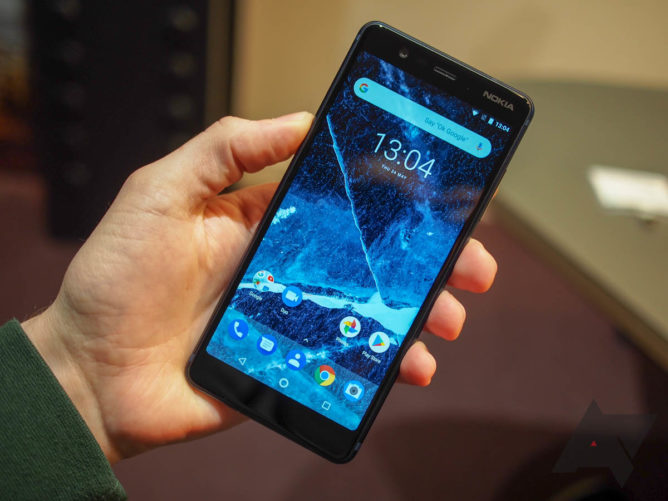 HMD said that dual and single SIM variants will be available for each phone, depending on the region. For more information, check out our hands-on post.