Apple is invading Snapchat’s territory with new effects that let you embellish what you shoot through the Messages camera. Today at WWDC, Apple announced that iOS 12’s Messages camera will offer a variety of sticker packs, style transfers like a “comic book” filter, drawn shapes and both Animoji and the new personalized avatar Memoji.

These effects will also be available in FaceTime, which now supports group video conversations with up to 32 people. That could spell trouble for dedicated group video chat apps like Houseparty and Facebook’s Bonfire, as well as bigger apps that offer it like Snapchat.

These effects could make people who want more visual communication choose Apple’s native messaging app rather than third parties like Snapchat, Instagram Direct or Facebook Messenger. The new features will be available in iOS 12 that launches today in developer beta before a full release this fall.

Stickers were previously only available in message threads where they’d appear on a white background. But now you can overlay them on photos, videos and FaceTime. That opens opportunities for new fashion stickers that let you add sunglasses, hats, mustaches, clothes and more that only make sense when stuck to your selfie. 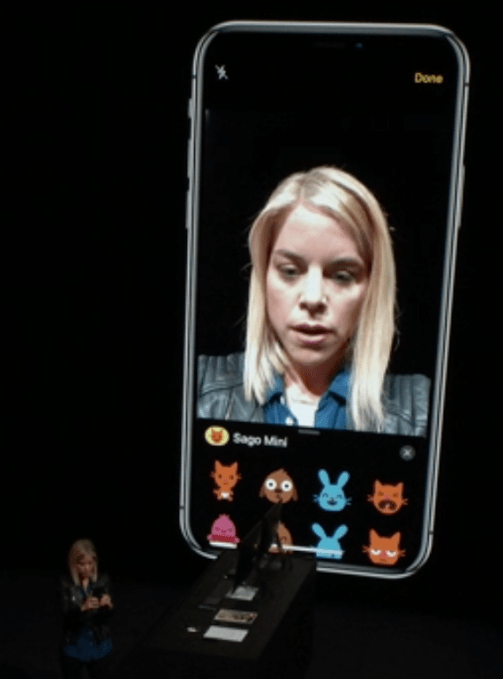 Apple is starting far behind here. Snapchat’s been adding creative features since 2013, and Instagram joined in with its clone of Stories in 2016, followed by Facebook in 2017. They’re all now equipped with GIFs, color filters, augmented reality and more. Animoji and Memoji are the Messages camera’s biggest differentiators, so Apple may need to aggressively promote the ability to overlay these on imagery if it wants to steal attention from Snap and Facebook.