Ultimate Ears makes good speakers, but it’s not so good at the software end of things. It was stated in the BOOM 3 announcement yesterday that a redesigned app was on the way, and it looks it’s already here. However, it removes a ton of features, and the new look is rubbing people the wrong way. Needless to say, BOOM owners are not happy.

Check out our brand new design!

+ Overall design updated in the app. The same cool features as before but now with an easier to use app.

+ Use the Magic Button on BOOM 3 or MEGABOOM 3 to launch playlists from Deezer
Premium.

The app in question, renamed ‘BOOM & MEGABOOM by Ultimate Ears,’ is now used for all BOOM and MEGABOOM speakers. UE seems pretty proud of the new interface, though users don’t seem as enthused. There are lots of complaints about it being bogged down by excessive graphics, and volume controls now take an extra step to get to. I personally don’t mind the new look, but it does seem slower to respond. 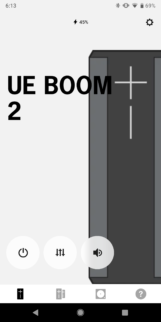 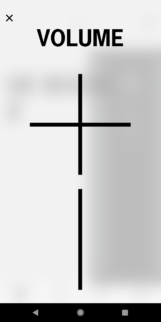 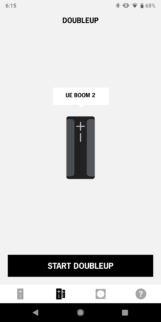 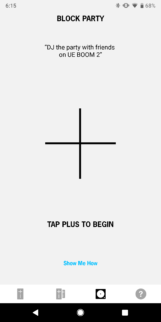 People are also angry at the general loss in functionality. The changelog itself states that Alexa support, something that was added last year, has been removed. Our guess is that this was done in order to make the upmarket BLAST and MEGABLAST speakers look more appealing for those who want a “smart” speaker, but taking features away from existing products is never a good idea. 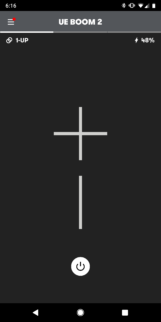 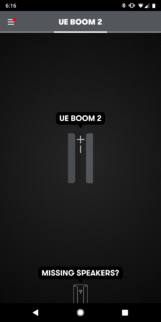 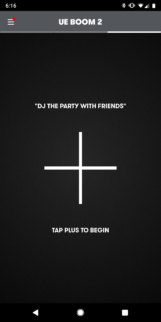 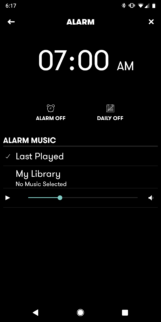 That’s only the tip of the iceberg, though, and Alexa isn’t something that many reviewers even mention. They’re more concerned with the loss of alarms, which was very useful given how loud these BOOM speakers get, as well as the removal of the remote start function. Some are also saying that there’s a lot more latency after the update. 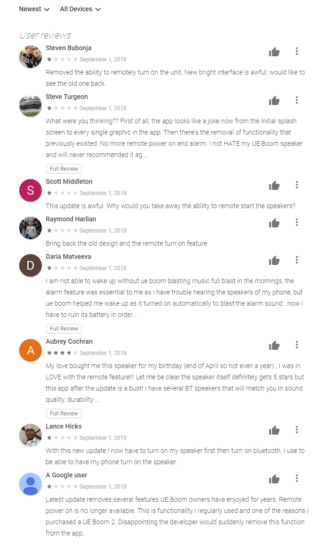 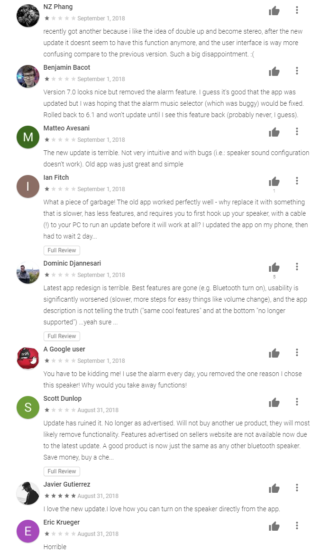 If you’re one of the many unhappy BOOM owners, you can still downgrade to the latest version prior to the redesign (v6.1.196) via APK Mirror; just uninstall the current version first. Other publications have already received comment on this from UE, though those comments haven’t really answered any questions. We’ve reached out to UE and will update this post if we hear anything back.