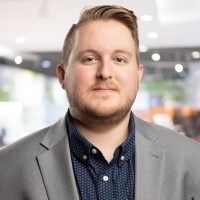 Benjamin Franklin once said, “In this world nothing can be said to be certain, except death and taxes.” But what if I told you that there was one other truth in life? That certainty, as you might have guessed by this post’s headline, is that Twitter will likely never add an edit button to its social network.

Twitter, like many other social networks, provides users the ability to type out statuses in the form of tweets. And because everyone is human, it’s inevitable that someone will make a spelling or grammatical error.

But unlike many other platforms, Twitter has so far refused to allow its users to edit tweets. And unless something significant happens, there’s probably not much chance the service will ever add one.

When Twitter was founded, it relied on its users sending messages via SMS. It was this instant and raw posting that helped the social network take off the ground.

The site has grown immensely in its 13 years, but the history of the site can still be found in the foundation of the platform. Despite now accepting various forms of media on the social network, the core feature of Twitter is still text-based tweets that include the publisher’s thoughts on a subject.

Twitter is a member of the prestigious “top 2” along with Facebook as the most popular social networks in the world. It has hundreds of millions of daily users and many rely on it to …

So although users see the usefulness of being able to edit a tweet after spotting a typo quickly, Twitter retains that there is value in having whatever posted stay online. Of course, someone could delete the tweet and reshare it with any corrections, but that defeats the user’s desire to quickly edit a message and the company’s belief that errors are a part of life.

For years now we’ve heard rumors and seen hints that Twitter might be working on an edit button. Unfortunately, none of these have come to fruition.

One of the most recent pieces of evidence that have come to light came straight from Twitter CEO, Jack Dorsey. In a recent podcast interview, the social network founder talked at length as to potential ways it could implement an edit option.

Dorsey goes into detail on how the edit button might work on Joe Rogan’s podcast at the 1:19:50 mark:

Specifically, in the interview, Dorsey suggests that Twitter could offer a five to 30-second window in which a tweet would be delayed from sending and allow users to spot any errors. He then follows this up by stating that by adding this feature, it would remove the “real-time nature and conversational flow out of the tweet.”

It’s clear to me from this interview that the company is at odds with itself. While the site appears to see the benefit of allowing its users to fix their tweets, it also disrupts the fast-paced sharing of thoughts and information that makes the platform unique.

What are other social networks doing? Two of Twitter’s biggest social media rivals are Facebook and Instagram. As you likely know, both platforms allow its users to edit postings days, months, and even years after a status is shared.

The addition of this feature to Facebook was a big thing when it happened in 2013. Finally, users could share long and detailed statuses that they could easily correct or add to later without having to go through the hassle of deleting and reposting.

So if other sites have figured out a way to edit statuses far beyond a set time limit, why won’t Twitter? If you ask me, it’s because the company currently doesn’t have a reason to offer it to its users.

As with most people or corporations, you have to provide Twitter with a clear benefit for them to change. As it stands today, users are continually tweeting about wanting an edit button, but in the grand scheme of things, the lack of one isn’t hurting anyone.

Twitter doesn’t even try to hide the fact that its users are demanding an option to edit tweets. As you can see below, its official account routinely mocks the idea of an edit button:

In my opinion, the only reason why Twitter will ever add an edit button is if users start leaving the social network. In this scenario, though, the reason for the loss of users would have to be from them losing interest in the platform based on a lack of new features or other social media sites offering them incentives to use its service.

Even if that day comes, Twitter might still hold out. At this point, an edit button has become an inside joke for the site and its users. While almost everyone will almost universally agree that an editing option would be nice, it won’t be a make-or-break feature for most.

Do you think Twitter will ever let users edit their tweets? How should the social network implement an edit option? Let me know your thoughts itn the comment section.