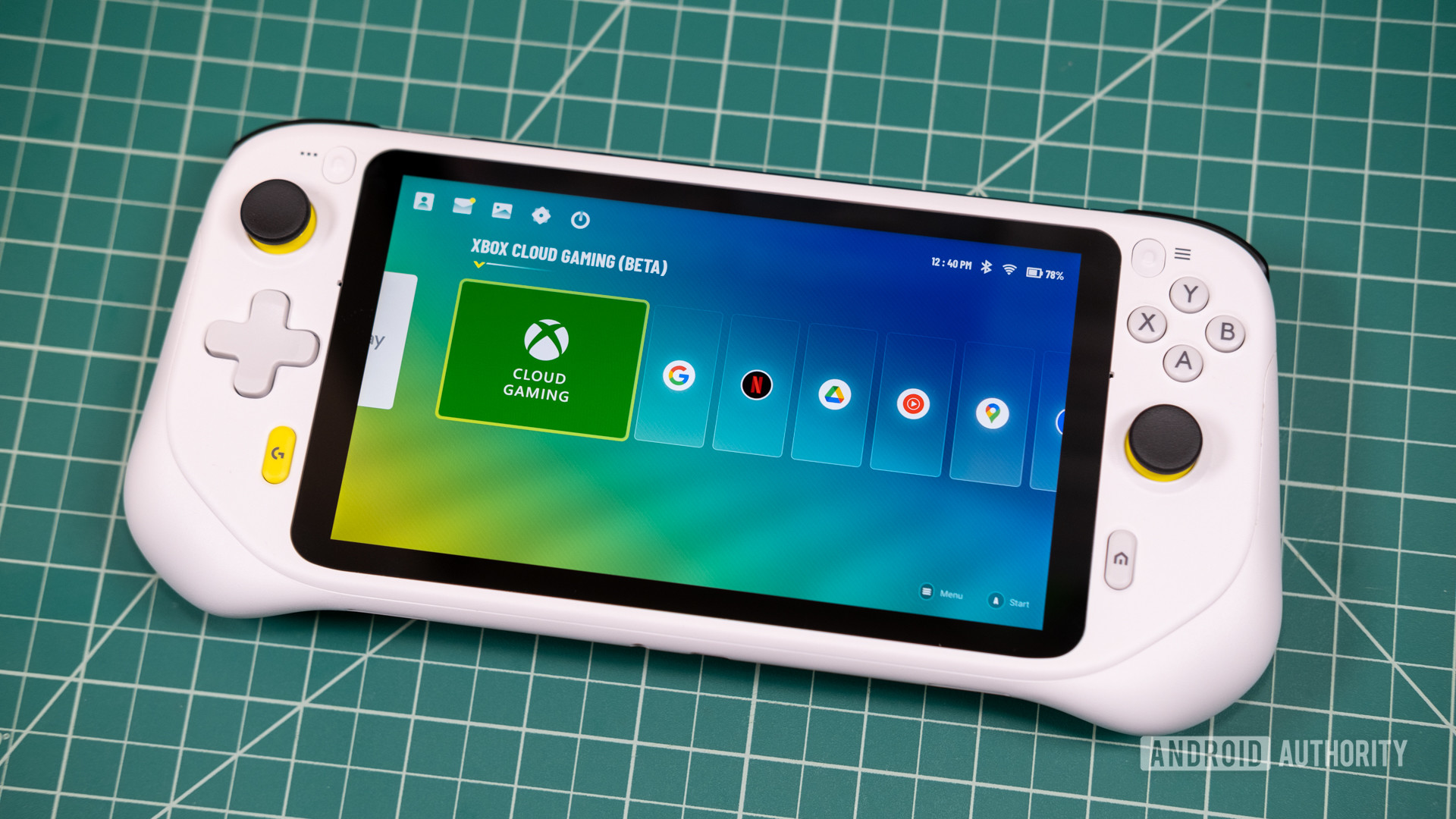 Logitech has never been a major player in the Android ecosystem, but for its first big shot it’s hitching its cart to the growth of mobile cloud gaming. The Logitech G Cloud is a $350 Android-powered game machine with access to all the content in the Play Store, and more importantly, optimization for cloud gaming on GeForce Now and Xbox Cloud Gaming.

Sadly, while the G Cloud does offer plenty of ways to play, and the controls feel very refined, but it casts such a wide net that it fails to excel at anything. Google crashed and burned trying to make Stadia work, but other cloud services are adding new games and subscribers all the time. If cloud gaming is the future (and I personally think that it is) it might make sense to have a dedicated piece of hardware for streaming high-end games — but not this piece of hardware.

About this article: I bought the Logitech G Cloud for my own use and tested it for around one month. The Logitech G Cloud is roughly the same size and shape as the Nintendo Switch. However, it’s actually a little more comfortable to hold, thanks to the more hand-friendly shape. It’s all hard plastic, though the texture on the back makes it more grippy. The control layout is in-line with just about any game controller in the world right now — you have a pair of thumbsticks, a shoulder button and trigger on each side, a D-pad, and a cluster of ABXY buttons on the face. There’s also a hardware home button, as well as a “G button” on the opposite side. Sadly, the G button is woefully underutilized. It opens the Xbox Cloud Gaming menu when you’re in a game, but that appears to be it.

The thumbsticks are asymmetrical, like the Switch, with a similar movement range. The shorter stalks mean they’re a bit less precise than an Xbox or PlayStation controller, but they feel very smooth and sturdy. The rest of the buttons are similarly stable, and the triggers have just the right amount of travel and resistance. Overall, the G Cloud feels great in the hand.

Overall, the G Cloud feels great in the hand.

The 7-inch 1080p display isn’t the sharpest or brightest (it tops out at 450 nits), but it’s a reasonable choice for this device. It’s unlikely you’ll find a cloud or Android game that really benefits from a higher resolution screen, and I don’t see many people using this device outdoors where you’re less likely to find a strong Wi-Fi signal — that’s an absolute necessity for streaming games. Likewise, a refresh rate higher than 60Hz might have been nice to have, but it’s not worth the battery hit when so few games are going to benefit. And weirdly for a cloud-first game machine, there’s no Wi-Fi 6 or 6E support.

The G Cloud runs on Android 11, which is now two versions out of date. It’s actually a bit surprising Google allowed this device to be certified with such an old build of the OS, but it has the Play Store and all the usual Google apps. Although, you might not realize it’s Android at all if you use Logitech’s default launcher.

The G Cloud UI is clunky, almost completely obscuring tried and true Android interface features like the notification shade and on-screen navigation. The launcher shows apps in a timeline layout, but the list constantly changes as apps start and stop in the background. You can’t even multitask — trying to open a second app prompts you to close the first one. If you switch to tablet mode, the G Cloud behaves in a more typical Android way, but the hardware controls are mostly useless, and there are more UI glitches. The software is a real weakness, but it’s one that is hypothetically fixable with updates. Logitech’s software chops are certainly lacking, but it knows how to build reliable hardware. The closest analog in the Android space in terms of brand name recognition might be the venerable Shield Portable, which launched way back in 2013. The controls and hardware quality were similarly excellent on that device, but the form factor was very chunky by comparison. In some ways, the G Cloud is the Shield sequel I desperately wanted for a time in the years following the original’s release. Although, the time for this approach to mobile gaming may have come and gone.

The Snapdragon 720G chipset in the G Cloud is overkill and unnecessarily inflates the price.

Usually, packing powerful hardware into a gaming handheld is a good thing — the G Cloud has a Snapdragon 720G, which is beefy enough to play high-end Android games at 1080p. However, cloud gaming is supposed to be the focus of a device with “Cloud” in its name, but there’s no mobile data option. The result is a handheld that straddles two worlds and fails to dominate in either.

The fact is, physical controllers aren’t very important in Android games anymore. The past decade has seen mobile devices converge on the flat glass slab form factor, and touch controls in games have become much better — or people have at least gotten used to them (in 2020, only a third of AA readers used a controller). Take Fortnite, for example. It became the most popular mobile game in the world even before it gained controller support in 2019. So, having a standalone handheld for Android games seems a bit pointless. 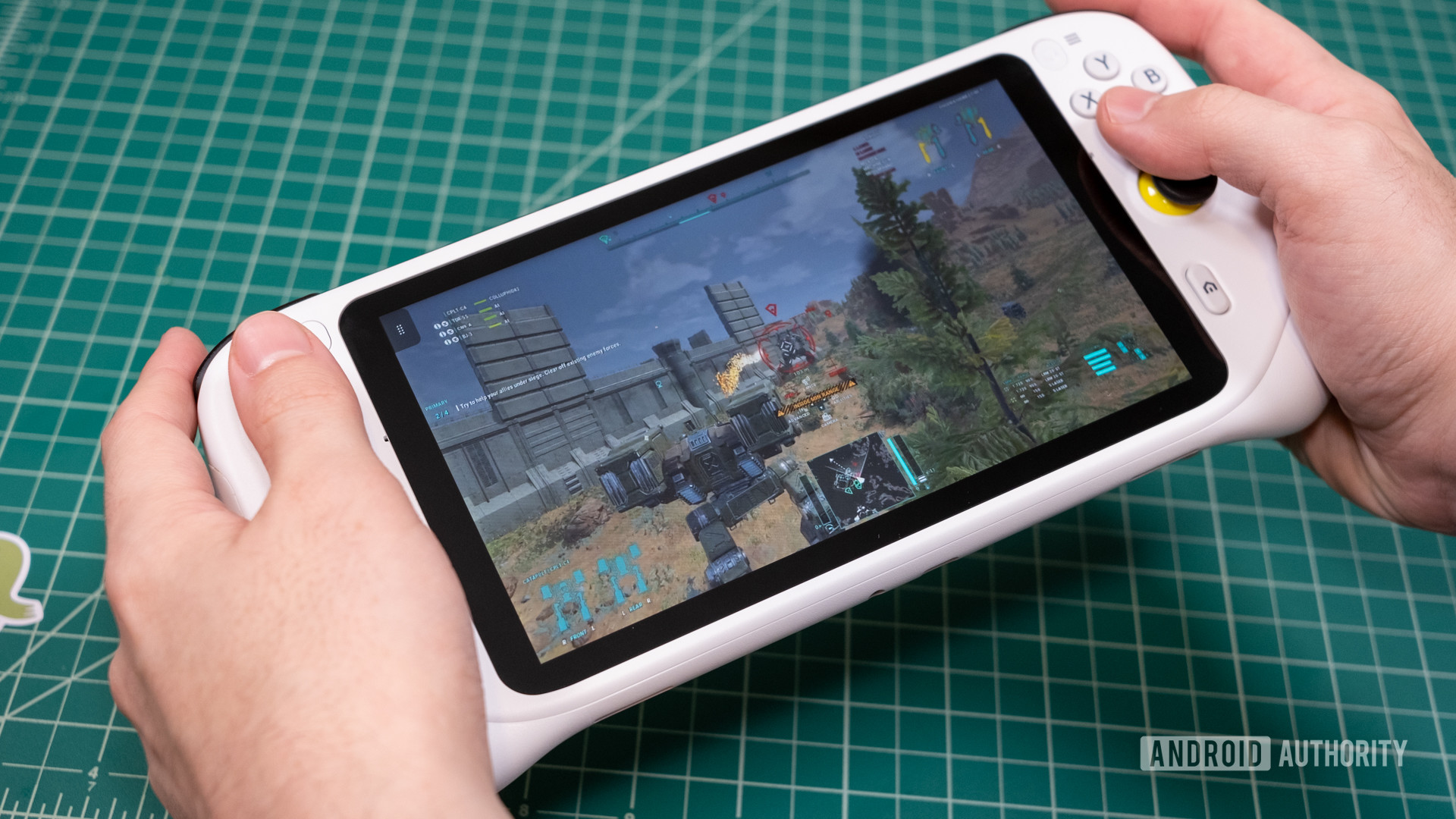 On the cloud gaming side, the G Cloud has much more juice than it needs to stream games. All you technically need for cloud gaming is enough power to decode a high-resolution video stream without introducing too much lag. The Snapdragon 720G chipset in the G Cloud is overkill and may have played a factor in unnecessarily inflating the price. And that’s what ultimately spells “game over” for the G Cloud — the $350 price tag is simply unjustifiable. There are other Android handhelds in the world from brands like Anbernic, Retroid, Ayn, and more, and while they aren’t as refined, the G Cloud is still a worse value.

The G Cloud’s value proposition might have been stronger if Stadia wasn’t headed to the gallows. Google’s streaming tech is fantastic, and it would have been nice to use it on the G Cloud. I have to think that when Logitech began designing this device, it reasonably expected Stadia would still exist in late 2022. Now, we’re left with GeForce Now and Xbox as the market leaders, neither of which are as good as Stadia — at least in my experience. They seem to get more bogged down during periods of high usage, and despite having much wider game libraries, they aren’t as user-friendly. For those who are extremely into emulators for classic games, the G Cloud could make a tiny bit more sense. It handles almost all games up through the N64 era with aplomb, but emulation often requires tinkering to get games working perfectly, and Logitech’s clunky software only makes that more frustrating. Though the fact it can’t play more demanding Gamecube games — a typical benchmark for Android heldhelds — without immediate hiccups may be a deal-breaker for hobbyists. If you’re going to add another mobile device to your arsenal, it needs to do something your phone cannot — the G Cloud fails at that. The only definite win for Logitech is the battery life, which can hit 10-12 hours. But for $350?

The fact of the matter is, the Logitech G Cloud does not exist in a vacuum. Despite its solid controls and battery life, it’s not priced competitively. For just $50 more, you can get the Steam Deck, which plays PC games from Steam’s library, can run essentially every emulator you can think of, and offers cloud gaming via the browser. If Valve’s handheld is too bulky or quick to run out of juice, there’s the Nintendo Switch for $50 less than the G Cloud. Nintendo’s games might not be as advanced as what you can stream over GeForce Now or Xbox, but the selection is worlds better than native Android games, and Nintendo already dabbles in cloud versions of some tough-to-port games.

You already own a device that’s almost as capable for gaming as the G Cloud: your phone

Even if you don’t have one of those game machines, you already own a device that’s almost as capable for gaming as the G Cloud: your phone. Slap a mount on an Xbox controller, pair it over Bluetooth, and your phone could be an even better gaming hub than the G Cloud. The experience will also be better when it comes to managing apps without Logitech’s hamfisted Android modifications getting in the way. As an added benefit, your phone gets mobile data, which theoretically allows you to stream games away from Wi-Fi (even if 5G is often still falling short of the blazing speeds we were promised).

Gamers are programmed to seek out the best specs, but that’s not what matters in cloud gaming. Logitech gave the G Cloud more power than it needs for streaming, and Razer is about to go even further with the Edge and its Snapdragon G3X Gen 1 chip. To me, this seems like a mistake. Manufacturers should go the other way to make a Chromecast-equivalent handheld — something lightweight and dumb that streams games without breaking the bank. Otherwise, you should just use your phone.